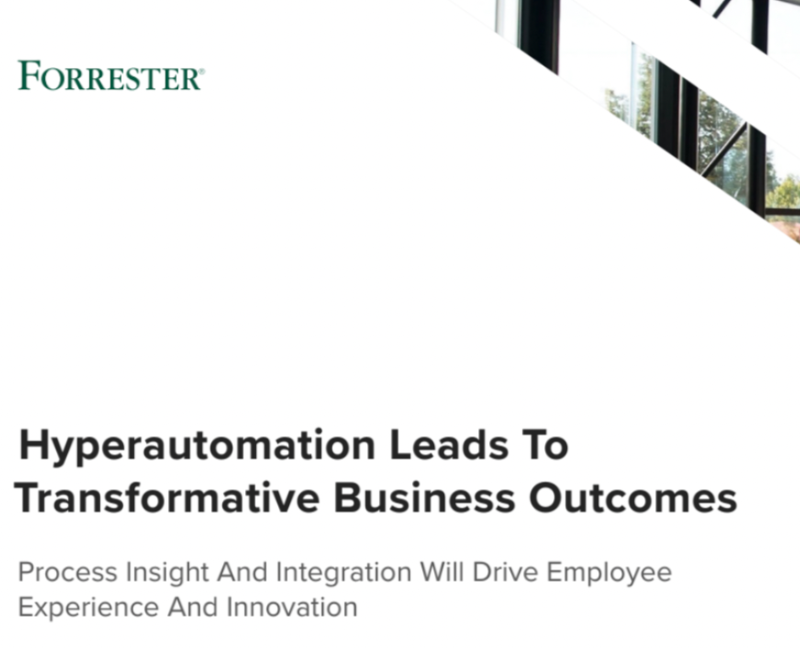 Decision-makers are still navigating their way out of the epidemic. To do so, businesses must reconsider their automation techniques. Eight out of ten decision-makers (82%) believe that automation is critical to overall company strategy; nonetheless, compartmentalized and tactical automation has often befallen organizations in recent years. Following the pandemic, a more deliberate hyperautomation — or intelligent automation — strategy is required to assist organizations in improving their automation maturity, connecting diverse systems, and eventually delivering greater commercial value now and in the future.

While IT continues to have the most influence on automation strategy, business leadership is becoming more involved.

Most decision-makers recognize the value of automation. IT leadership retains the greatest clout in this arena, but business leadership is just slightly behind. Given the relevance of automation to business strategy, it is becoming increasingly important for business and IT executives to work on a combined automation plan.

Automation centers of excellence (COEs) have equally balanced reporting lines, with teams roughly as likely to report to other business divisions as to IT. The rise of robotic process automation (RPA) and low-code platforms has sped business-led automation development and given business developers more power to automate capabilities.

The key drivers of automation today are speed and productivity.

Few market factors have ever exposed corporations to the worldwide epidemic. The bulk of today's automation programs emphasizes productivity, speed, and agility to meet quickly changing expectations. To achieve near-term automation objectives, decision-makers prioritize resilience. Autonomous, self-guided, and dynamic processes that employ AI were picked first by 43% of decision-makers. With firms struggling with decades of outdated siloed systems, four out of ten indicated app and data integration is a high priority for managing data concerns. Meanwhile, 39% of automation executives see an opportunity to boost productivity and save costs by connecting their multiple software-as-a-service (SaaS) and legacy programs through current workflows and bundled SaaS application automation.

Choosing the incorrect automation strategies puts processes, the brand, and EX at risk.

Furthermore, since digital solutions have progressively superseded human jobs and duties, EX has been a rising problem regarding automation techniques. Decision-makers consider the bad impact on EX or mental condition as the third-most probable result of inadequate automation (43%), an increasing worry as businesses try to combat the huge resignation trend.

Creating a forward-thinking automation plan is easier said than done since most firms need more building elements. Approximately two-thirds of automation executives mention inadequate skills and knowledge of new technologies as the most significant impediment to implementing an effective automation plan.

Overall, automation maturity needs to be improved by tools and transformation methodologies. Finally, most decision-makers claim they need help understanding the procedures of their firms. Organizational silos and a lack of real-time knowledge of firm operations are seen as impediments to success by more than six out of ten respondents.

Beyond the internal impediments to strategic growth, many automation executives face a more fundamental challenge: how can an automation platform interact with existing infrastructure and suit their organization's present and developing needs?

Decision-makers do not want to add another layer incompatible with existing procedures. However, under half of the respondents stated they are still determining how automation systems connect with existing infrastructure.

Furthermore, automation leaders report that automation platforms often need to provide adequate bundled out-of-the-box automation help or insight into processes, with almost four in ten reporting that these are highly difficult for their firm.