Five Automakers With the Most Advanced Tech 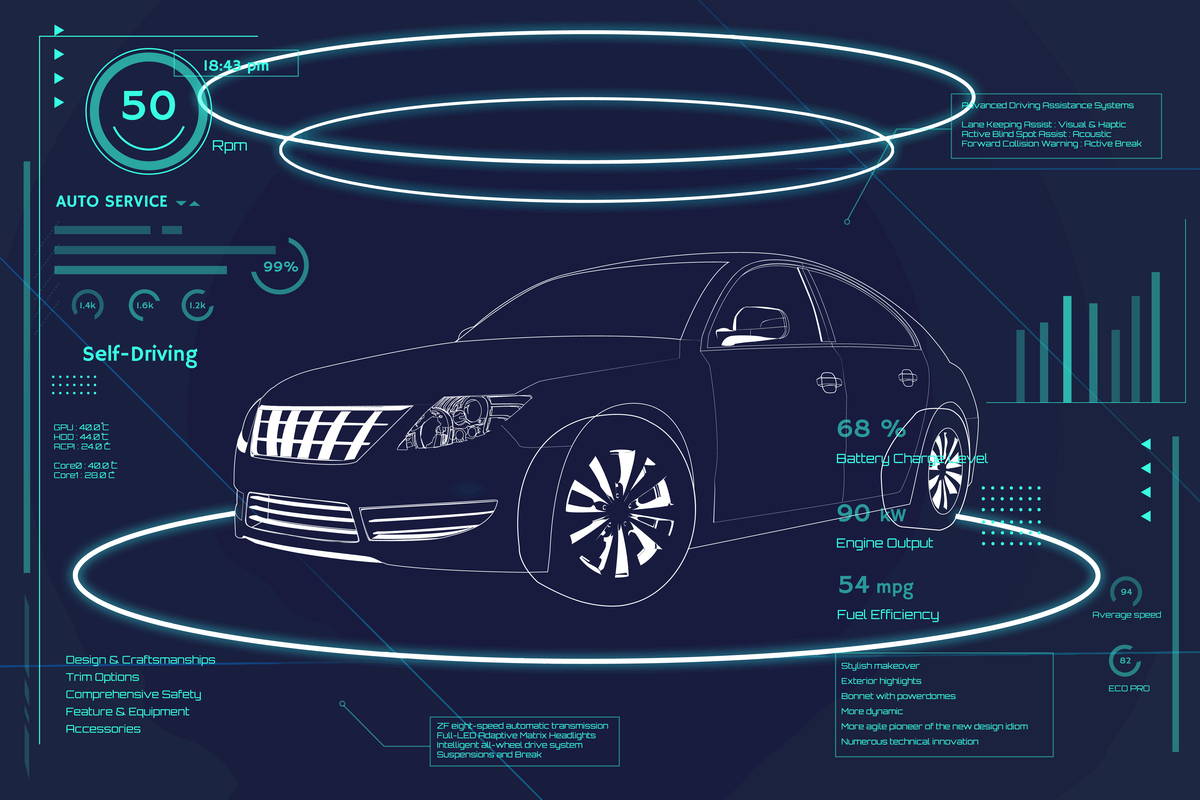 Today's automobiles are the consequence of decades of industrial growth augmented by the sophisticated technologies of the computer era. Carburettors, points, and even manual window cranks have been relegated to a historic automobile display since analogue cars have become obsolete. It makes no difference whether the automobile is a modest entry-level hatchback or a luxurious land barge; computers handle everything.

For great efficiency and low emissions, silicon is required for more than simply engine management; windows, windshield wipers, and seat warmers also need electronic control units. Every year, more and more technology finds its way into automobiles, bringing with it touch displays, freezers, and even security cameras. However, despite the pervasive presence of electronic controllers in all of our automobiles, some manufacturers show or use the technology more effectively than others. Here are the top five examples.

Mercedes-Benz is always at the forefront of luxury and is also a pioneer in technology. MB is an aggressive, audacious, and imaginative firm with advancements in safety, comfort, performance, and velocity. As an industry pioneer, Mercedes-Benz has produced a number of firsts for production cars, notably fuel injectors in the 1955 300SL gullwing, crumple zones in 1959 220, plus seat belt in the 1981 S-Class.

Currently, Mercedes-Benz is at the forefront of electric propulsion technology. With the debut of the all-electric EQS for the 2022 model year, MB continues its heritage as an automotive technology pioneer. While this vehicle will not include a dazzling variety of future space-age gizmos and gadgets, it will establish Mercedes-Benz as the leader in luxury and technology. And this is not mean that it lacks cutting-edge technology. The dashboard is dominated by a 56-inch Hyperscreen that extends from end to end, with displays devoted to the driver, passenger, and central controls for everything else. It rides on a unique air suspension that is computer-controlled at each corner to respond to road conditions, and it has a range of up to 350 miles.

Tesla is towards the top of any list including vehicles and technology, led by probably the world's most eccentric billionaire CEO. Tesla's numerous significant accomplishments position it firmly at the forefront of automotive technology, one of which is being the first to make electric cars commercially feasible. The automaker's capacity to integrate and mass-produce cutting-edge technology is its greatest distinguishing characteristic. Many of today's ubiquitous vehicle technologies originated from Tesla's ideas that were previously considered absurd.

The huge touch screen seen in the majority of modern automobiles is one of the most well-known innovations that have become standard nowadays. Since the debut of the Model S in 2012, these displays have been a feature of the Tesla driving experience. Tesla was also an innovator in autonomous driving, auto-hiding door handles, and seamless connection with mobile devices.

While a few of Tesla's comfort features and driving assistance have been adopted by other automakers, the majority of its ground-breaking innovation lies under the surface. Tesla was the first firm to deliver an electric car with a comparable driving range to gasoline-powered automobiles, owing to its smart battery management and efficient motors. Combine this with the intelligent use of cameras for safety and security, as well as "black box"-like capabilities in the case of a collision, and you have a vehicle that is packed with technology and provides a terrific ownership experience and drives.

Still one of the most exhilarating vehicles on the road, Porsche's flagship 911 model retains the same fundamental form and shape as when it was released over 60 years ago. In the capitalist free market system in which we operate, it is impossible for a corporation to manufacture the same product year after year and expect to remain in business. Porsche has shown that a carmaker can stay relevant so long as it keeps up with the times and injects current innovation into an established foundation.

The design and arrangement of the 911 are of utmost importance to Porsche, and it looks like till there is a Porsche, there would be a 911. And as long as the 911 exists, it will be a 4-seat fastback with a rear-mounted engine. Porsche has made several adjustments along the road, such as introducing water cooling to its vehicles in the late 1990s, in order to remain competitive. Despite the fact that many unique models are still available with a manual gearbox, dual-clutch transmissions became common soon afterwards, and modern automobiles now have displays for information display and temperature and entertainment settings.

Porsche has always excelled in performance, from the current 911 Turbo S producing over 700 horsepower with less than four litres of capacity to the all-electric Taycan, a sleek and beautiful alternative to the Tesla Model S. As the undisputed leader in performance and luxury, Porsche technology will always be a formidable opponent.

After manufacturing one of the world's best-selling automobiles almost unaltered from the 1930s to the 1970s, Volkswagen aimed to reinvent itself as a contemporary automaker and has continually pushed the envelope up to the present day. With their ID series electric cars, they are pursuing a future free of oil as a result of their innovative drive.

To put the Dieselgate scandal as far in the rearview mirror as possible, Volkswagen is going all-in on electric vehicles. Not only has the corporation decided to cease the development of gasoline engines, but it has also decided to cease manufacture. A brand-new MEB platform for electric cars was created to achieve these ambitious environmental objectives. Volkswagen looks to be the first legacy brand to go all-in on electric cars and will use the MEB platform for a range of vehicles marketed on all continents. With a range of up to 340 miles and 148-204 horsepower, they do not set any milestones, but they do establish competent criteria for themselves. Modern VW vehicles are interesting and enjoyable to drive, and so long as they retain the same DNA in their new platform, VW should remain a favourite among tech enthusiasts.

From the outset, Enzo Ferrari demanded that his engineers be the greatest on both the racetrack and the road. Ferrari has a long and historic history of being the first to cross the finish line, and it understands how to apply cutting-edge engineering to performance. Ferrari, unwilling to cede the autostrada throne to other manufacturers, insists on using the most advanced technology to maintain its reign. Ferrari automobiles are pricey, and purchasers are aware of this fact. They anticipate a certain amount of luxury, but they want a vehicle that handles and performs superiorly to all others on the road.

Cars such as the F40 and F50 demonstrated what Ferrari is capable of by putting what they learned on the track to the road with the F40's twin-turbo V8 and the F50's V12 F1 engine. The current flagship La Ferrari features a modified version of the F1 KERS technology to produce 963 horsepower. The forthcoming 296 GTB will be powered by Maranello's first plug-in hybrid powertrain, which is a brand-new V6 engine with an entirely new design. The record of Ferrari's technological accomplishments is vast and remarkable, which is why they are one of the greatest when it comes to technology.